“When I was in form four, I filled in for a friend from school and her mother was in the team. I thought it was great she was playing with her mum and thought to myself, ‘if I ever have a daughter, I want to play long enough to play with her,” Conabere said.

“Little did I know I would have four daughters and be lucky enough to play with all of them in the one team!”

The Traralgon, Victoria resident formed a team with her daughters in the Morwell Indoor Netball Competition in 2002 when her third daughter was having trouble finding a team to play with.

“It was such a privilege to play with them all,” Conabere said.

“My mum came to watch one evening and as she was sitting there, another spectator said, ‘Do all the players in that team call that lady ‘mum’?’ My mother replied, only her daughters!”

“I really enjoy playing in the Australian Masters Games because for a whole week I can get up every morning and do the thing I love doing the most – playing netball. It is terrific to play with friends and meet so many people along the way,” Conabere said.

“My goal is to play long enough to play with two of my granddaughters. That will mean a complete family team!”

The netball competition for the Australian Masters Games is running from Monday 7 to Friday 11 October at the SA United Church Netball Association - City Courts, which have recently been resurfaced.

Players of all abilities, especially the mums, are encouraged to join in the fun this October. Enter before Friday 2 August to take advantage of the discounted early bird entry period.

We're heading west! The next Australian Masters Games will take place in Perth in 2021.

The TJ Seahawks have wiped the mixed category clean as they take out top honours at dragon boating.

Marion’s Fitness and Leisure centre was packed on the last day of the Australian Masters Games with many gymnasts putting their skills to the test. 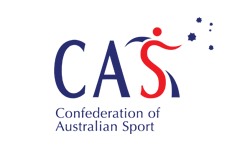